If the experienced fisherman simply gives his fish to the man who is fishing, he is not serving his neighbor at the fishing dock. The neighbor may be grateful for the fish given to him; however, every time he takes the fish from the fisherman he becomes more dependent on the fisherman and less likely to learn to fish on his own.

Great mentors do not ‘give fish,’ they create relationships. I had a conversation with Dr. Rosevelt Noble, a married father with many hats and a mentor to a number of students.

He believes that mentors can serve in different purposes. “They can be cheerleaders, fact checkers, or critics. What limits people is their narrow perception of what mentorship looks like.”

I asked Dr. Noble to share who his mentor is. “My closest mentor is a 70-year-old white female, I have been in contact with her for over 20 years. She was one of my favorite professors in college. We talk weekly about pressing issues.” Dr. Noble, a black man from a neighborhood outside of Chicago, and his mentor grew up in extreme poverty.

He said, “Although you may not be able to tell from appearances, our backgrounds lined up and she was just a good person.” I asked Dr. Noble, “How would you suggest that students find good mentors?” He responded, “You have to put yourself in places and in positions to be developed.” He continued. “You have to develop a relationship with the person and often times you have to ask them to be your mentor.”

I said to Dr. Noble, “What about the students who do not put themselves in a position to be developed?” I continued. “There are many students who need mentorship but are not aware of how to ask for it.” He replied, “There was a time when I made myself someone’s mentor.”

He shared the story of a male student who was basically written off by a ton of people. Dr. Noble was able to build a rapport with the student. He quickly learned that the student was dealing with depression. His mom had even lost contact with her son.

From my conversation with Dr. Noble, I learned a number of lessons. 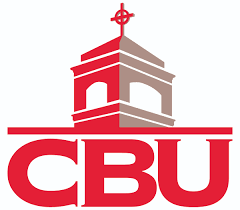